One way to quickly find references on your topic is to find bibliographies about your topic.  If the bibliography is dated, all you need to do is to search for material after that date.

(i.e.  Tunisia Bibliography 1944-2015 then you only need to research Tunisia in the databases for published research beginning in 2016 to present)

TIP - Sometimes you can find bibliographies on the internet by typing your subject then the word bibliography in Google or other search engine.  This usually works if your topic is a broad, once you find a bibliography then see if it breaks the subject down.  See the Google example below. 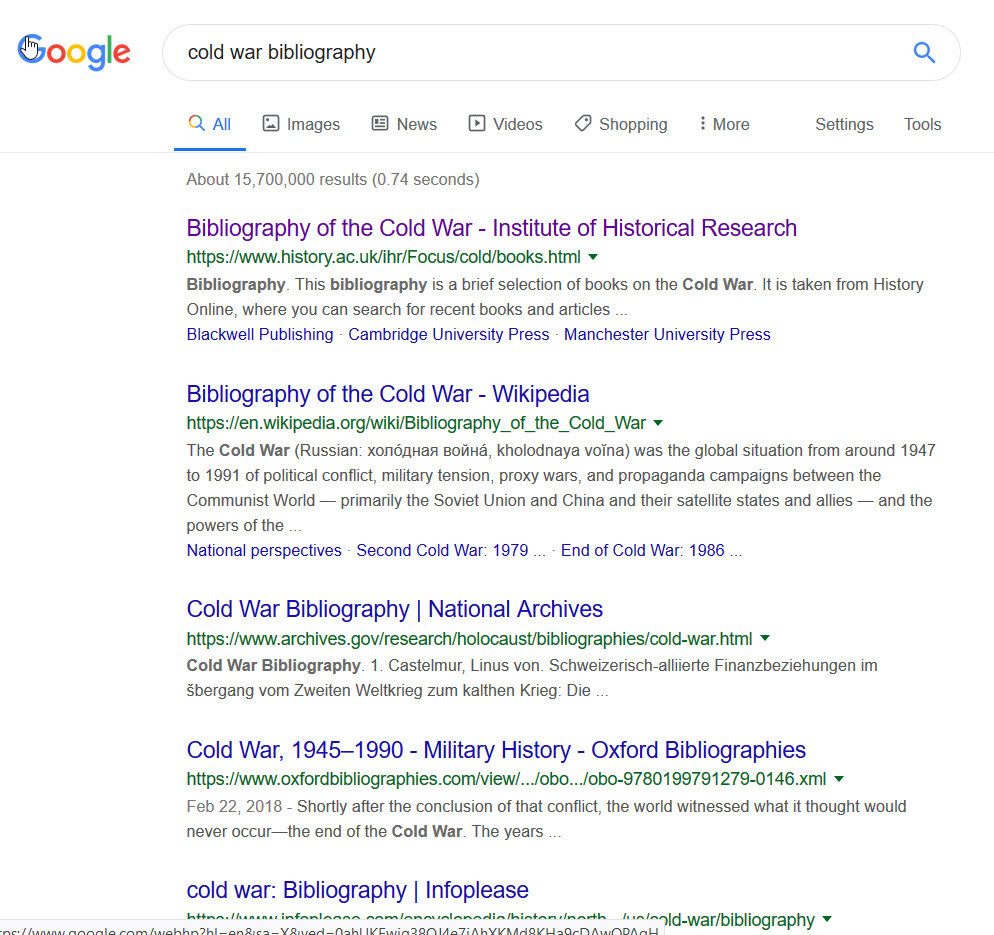 This is just a sample of bibliographies available in the library.  Ask the reference librarians to show you how to search for bibliographies in our catalog.