During the founding of the School of Application for Infantry and Cavalry (now the U.S. Army Command and General Staff College) the School library was composed of government publications, school curriculum records, and donations from Officers attending or teaching at the School and from the private libraries of prominent civilians. The library functioned in this fashion until 1906 when the first librarian, Ezra B. Fuller, began serving until his retirement in 1922.

When Mr. Fuller came to work in 1906, he found a library in disarray. He states in the annual report of the college in 1907 that "owing to the lack of room it has been found necessary to crowd the shelves, putting books behind others and also to pile them on the floor, while there are a great many public documents stacked in the basement that have never been accessioned." During his appointment as Librarian, Mr. Fuller lobbied for bigger facilities, an adequate support staff, and a worthwhile budget. In 1915, Wagner Hall was completed which fulfilled the needs for bigger and better facilities. But according to the annual reports to the College, Mr. Fuller, throughout his tenure, had difficulty in getting and retaining adequate library staff and paying them an appropriate salary. 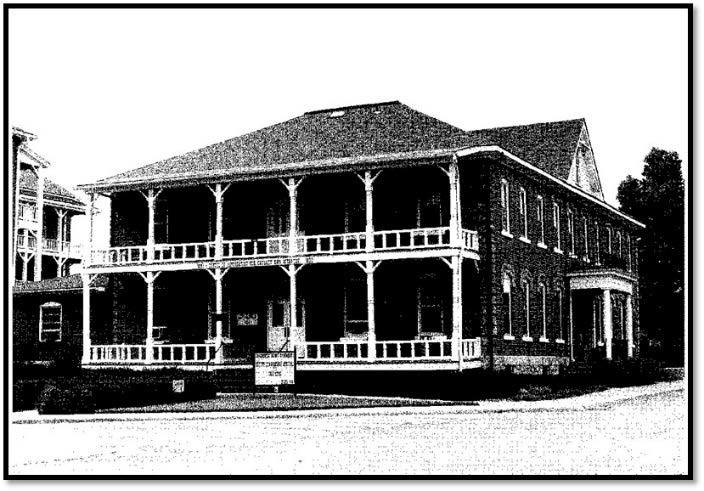 It was stated in the annual report of 1923, when Mr. Fuller retired, "the office of the Executive Officer and the Librarian were merged into that of Secretary during this year. The consolidation proved to be a little too great, and it is believed that a separate Librarian will have to be detailed." LTC Alfred Brand was then assigned the position of Librarian from 1923-1927. On June 30, 1927, the library contained 55,650 books, pamphlets, and documents and 1,160 maps and atlases. In 1927, LTC Brand completed a compilation of a comprehensive library catalog that enabled instructors and students to use the great mass of information contained in the library.

In 1932, the publication of the Quarterly Review of Military Literature was begun by the library staff for the purpose of providing systematic review of current professional writing appearing in military and naval journals. By 1945 the task of editing the Military Review, as it is now titled, had assumed such proportions that it was removed from the Library and set up as a separate College activity.

In 1943 an Archives Section was established as a separate entity from the Library as a repository for classified documents requiring special safeguarding. A Pamphlet Section was also established that same year. It was during this period, in 1944, that a card catalog was started for the Documents Section. In 1952 the Archives Section and Documents Section were combined and designated the "Archives." As the Command and General Staff College developed, the Library Services had been closely integrated with administrative, educational, and research activities through the provision of library materials and services to the staff, faculty, and students of the College. Thus, as the Library grew in proportion with the College, it eventually grew out of its quarters. In 1958, an era in the Library's history ended with its move from the inadequate facilities in Wagner Hall to Bell Hall. 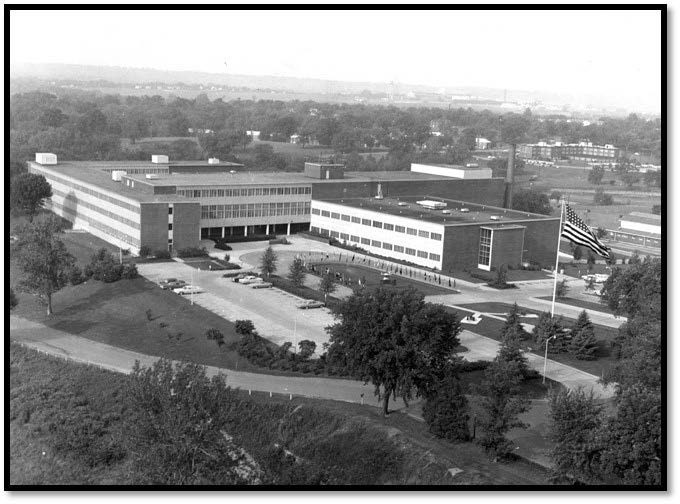 In 1958, the USACGSC Library was viewed essentially as serving the faculty and consequently, physical facilities were planned in terms of a much smaller number of users. Enrollments had risen and the total USACGSC operations were vastly different from that of a decade before. The library facilities, meanwhile, remained static. In 1962, the Director of the U.S. Army War College Library, Alan J. Blanchard, was invited by the Assistant Commandant of USACGSC to conduct a survey on the planned merger of the Archives with the USACGSC Library. Following the survey and the recommendations of Mr. Blanchard, the Archives merged with the USACGSC Library in 1963.

By 1968, a significant growth in the collections of the USACGSC Library had taken place. Notable collections of special materials valuable in the support of curriculum and the school's mission had been developed. Even though Bell Hall was represented to be a superior facility for academic instruction at the time, the Library itself was growing and expanding. To make room for its growing collection, the Library connected the main floor of the Library with a stairway directly to the third floor that housed the Archives collection. This action provided some relief of the overcrowding conditions but the  reality was the Library still had to contend with overcrowded shelves, an inadequate support staff, and an uneven provision of funds.

It was with the emergence and development of library technology in the 1970's that the Library started the implementation of the Library's online catalog. By the end of 1975 the Library's book collection was available through an Automated Library Information System (ALIS). The third floor document area had access to an on-line terminal called the Defense Documentation Center, otherwise known today as DTIC. In 1980 the library had access to five bibliographic "data banks." They were DTIC, BRS, Lockheed  DIALOG, New York Times Information Bank, and SDC ORBIT. In November 1977, during this period of growth and change, that the USACGSC Library was officially named the Combined Arms Research Library (CARL).

The library thus far had done an outstanding job of keeping abreast of the changing needs and desires of patrons by adding new databases and increasing library services but in doing so it was outgrowing its allotted space very quickly. The Library staff knew that to meet the growing needs of the students, researchers and the Fort Leavenworth community as a whole, the library would have to continually grow and change. In 1982, the planning stages began for a new library building but it would be ten years before the plans and budget were finalized to begin groundbreaking. 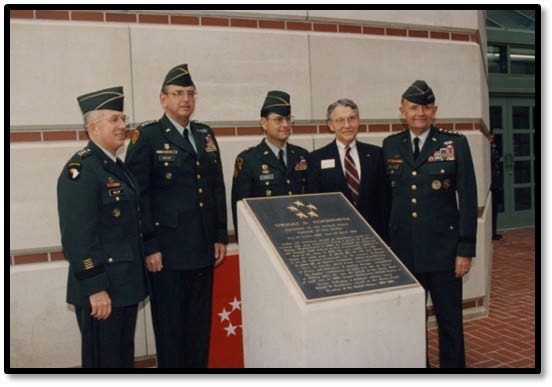 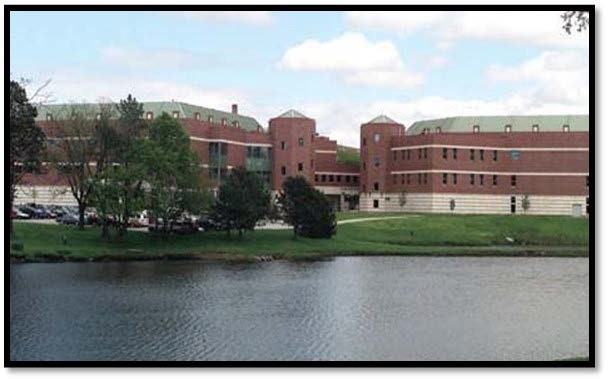 In the early 1990s, the CARL recognized the emergence of the Internet as a tremendous information resource. The Library staff saw the value of providing students and researchers with access to the Internet and guidance on how to use this new tool. The Library patrons also had an increasing need for access to more computer workstations with the latest information technology. It was anticipated by both Library staff and patrons that the new facility, a 98,000 square ft "state of the art" building would provide the much needed space, and better access to the new, emerging technology. In 1994, the CARL moved into its new home and throughout the transition, the library remained open with full services available.

Due to funding cuts in 1995 the Fort Leavenworth Post Library closed its doors. In order for the post to have a general library the collection was moved and consolidated into the CARL collection. This move was one of the first consolidations of academic and post libraries within the TRADOC libraries.

During the early 1980’s the CARL became one of the first Army libraries to have dial-in access to licensed research databases. Modem speeds at this time were no faster than 28.8kps. CD-ROMs were also introduced at this time as a research tool in the Library. In 1995 that Internet became an important resource for information sharing for the CARL. Today the Library can search dozens of full-text databases from commercial and government on-line providers.

In 2003 the CARL was first among Army libraries to start digitizing its unique collections and making  them available in the searchable Digital Library. The intent was then, and continues to be, to showcase the research conducted at the College and provide wide access to the products. The DL started with Military Art and Science (MMAS) theses and School of Advanced Military Studies (SAMS) monographs. It quickly expanded to provide access to a variety of historical items, many of them one-of-a-kind, from  the Archives and documents shelves. Later several other organizations on the post began providing content, and the Library then invited other TRADOC libraries to open collection on the site. By 2014 the Digital Library held over 30,000 documents in about 20 collections.

In 2007 the Combined Arms Research Library won the Federal Library of the Year Award. Federal libraries around the United States and abroad competed for the award that recognize the many innovative ways that federal libraries, librarians and library technicians fulfill the information demands of government, business and scholarly communities and the American public. The Combined Arms Research Library was recognized for its superior provision of a wide range of services to its students, faculty, scholars, staff and the Army community at large.

In the fall of 2009, the library started planning a renovation to become more energy efficient to meet new standards. Started in April 2010, Phase I was finished a year later.

Phase II began in April 2012. Eisenhower Hall was being extensively remodeled, and the Library was required to move out to a temporary metal building on the site of the vanished Bell Hall. The majority of the collection was laboriously transferred to a commercial cave in Lenexa. The library remained open in its temporary quarters. Children’s books, the fiction collection, and a few selected Archives resources were available, and staff used a van to pull books from the off site location to fill students’ needs. In May 2013 the library staff started the process of moving back into a newly renovated Combined Arms Research Library. 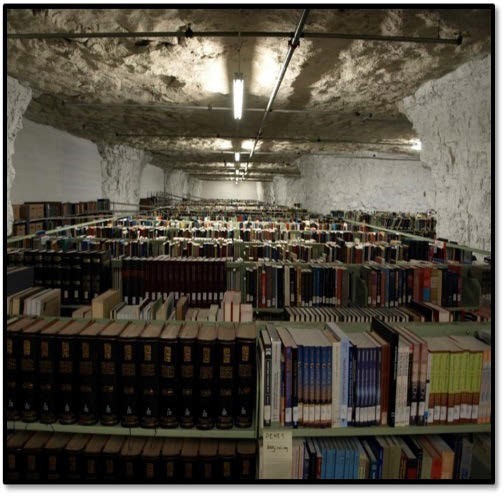 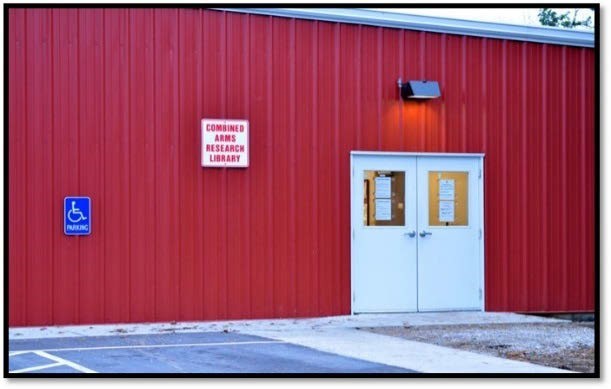 On 11 September 2014, the library was rededicated to honor late Representative Ike Skelton, former Chairman of the House Armed Services Committee and a life time advocate for professional military education.